Education is the surest way for a child to rise out of poverty, and we believe in its power to change lives.

The under-performing public schools that surround Cabrini Green public housing projects are no place to send children.  Led by the parishioners of Holy Family Lutheran Church in Cabrini, and their pastor Rev. Charles Infelt, a grassroots level program begins in an effort to broaden opportunities for local students, and their families. The idea of investing in Chicago’s children, and starting a faith-based school in a community struggling with crime, poverty, and safety, is an ambitious dream. Five suburban churches, along with a small group of donors, believe in the dream, and come together to start the school.

Holy Family Lutheran School opens with 40 students. Dr. Susan Infelt Work, who later will become the CEO of Holy Family Ministries, joins her brother Charles, to steward the expanding programs and enrollment. Under her leadership, dedicated volunteers, strong prayer partners and generous donors come together to support the needs of a growing school. The first principal is Verna Maria Fair, who brings professionalism and structure to the school. Years later, Rev. Fair will become the rector of St. John's Episcopal Church in Naperville, and she will establish her congregation as a strong and generous partner of Holy Family! 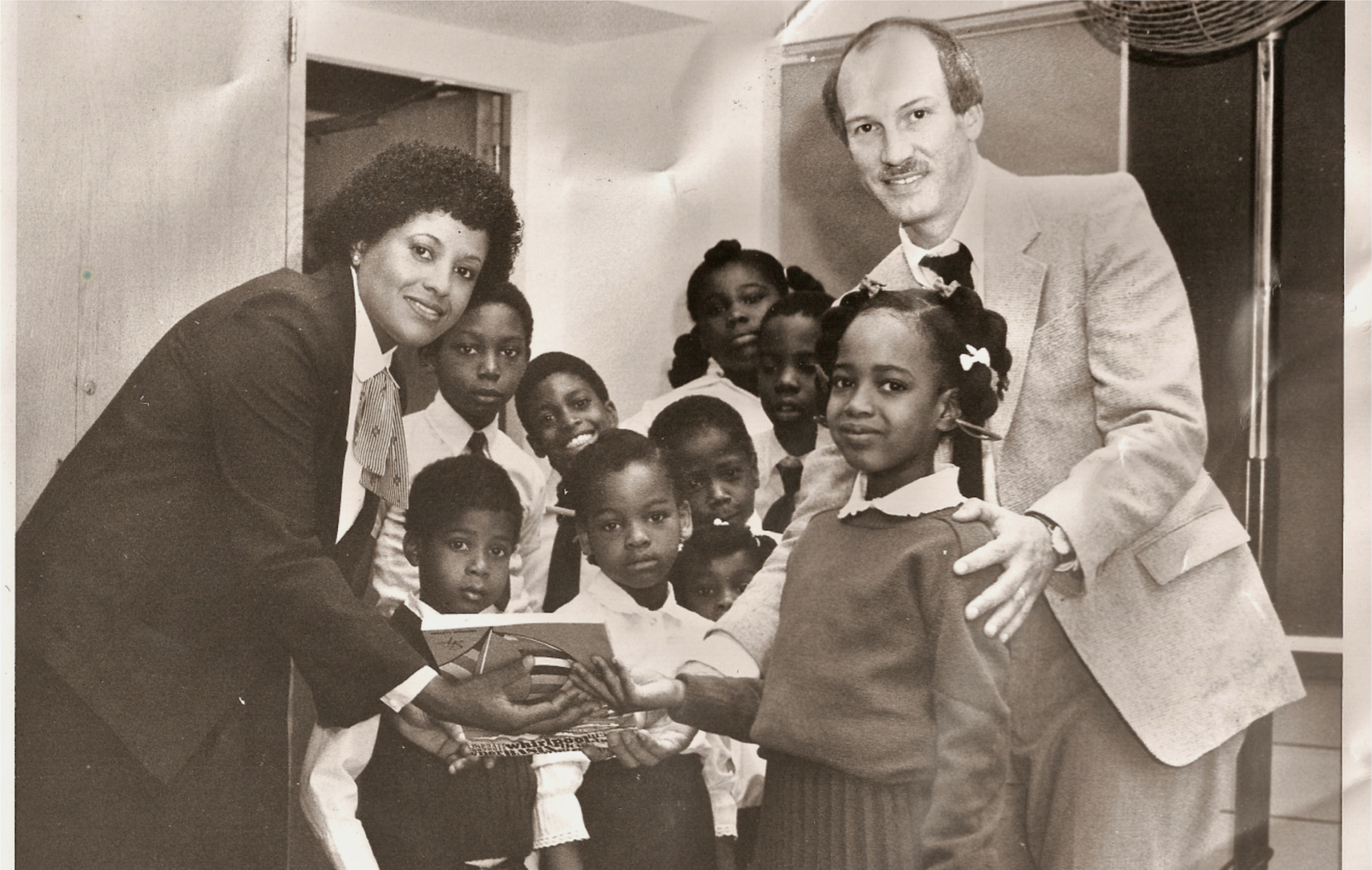 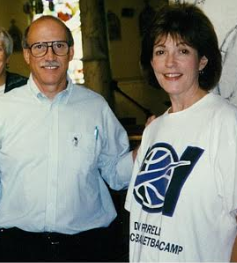 Enrollment in the school steadily increases, and we turn our attention to the need for safe out-of-school activities for children in the community. Several innovative programs begin.

The Boys in the Hood youth club is a positive alternative to gang membership for elementary-aged boys. It provides a safe, engaging environment for team-building activities with Leslie Hunter, a charismatic youth leader who will later become Holy Family’s Chaplain.

During these years Holy Family also operates and recruits a large number of private volunteers to rehabilitate public housing apartments in Cabrini, a program in partnership with the Chicago Housing Authority (CHA), funded by HUD.

Throughout 1999, a Board of Directors is formed, and work begins to unite all programs under a new entity, Holy Family Ministries (HFM). On January 1, 2000 HFM receives its’ official designation as a 501c3 not-for-profit organization.

In 2005 Holy Family embarks on its most far-reaching goal, Building Hope, a $9 million capital project to build the Holy Family Ministries Center on the Homan Square campus in North Lawndale. This building will serve as a permanent home for Holy Family’s programs, and provides the opportunity to add new, critically needed services for the community. With the support of individual friends, foundations, and corporations, Holy Family successfully raises more than $6.7 million for the project, with the balance financed through tax-exempt bonds. HFM celebrates the official groundbreaking on April 3, 2007.

The merge also begins a strong presence for HFM within the Episcopal Diocese of Chicago, served by Bishop Jeffrey Lee. Holy Family becomes a demonstration model of the "Called to Common Mission", an agreement by the Episcopal Church (ECUSA) and the Evangelical Lutheran Church in America (ELCA), to be in full communion, and share resources to support ministry. The ministry of justice, including equitable education for all, encourages many Episcopal churches and individuals within their congregations, to generously bring time, talent, and treasures to the children of Holy Family.

Holy Family launches a violence prevention initiative, The Peace Exchange as a pilot program in 2013. The highly successful program becomes a permanent program of Holy Family Ministries in 2014.

As a means to build a more permanent source of funding and ensure resources for the students of Holy Family, the Securing Futures Endowment Fund Campaign is launched with the ambitious goal of raising $5 million. During the Quiet Phase of the campaign, our generous and thoughtful donors contribute more than $2 million in lead cash gifts, and nearly $2 million in Estate pledges.

Holy Family receives a generous five year (2017-2021) million dollar match from a long time donor family who pledges $1 million in a cash match for each dollar raised by Holy Family. We successfully met the match in each of the five years. The matching Campaign has been completed, but is still ongoing, with cash and estate gifts gratefully accepted.

Holy Family stands above the rest. From the unprecedented role that parents play in their child’s education, to the special training for all staff as they respond to the trauma in children’s lives, Holy Family continually innovates to respond to the needs of our communities.

Come visit and see our children rise above!